David E. Gates is a prize-winning and award-winning writer who has published a number of books and short-stories. His work has been featured in television, radio and print media.

His first book, Access Denied, a true story based on events from his life, was nominated for the 2017 Readers Choice Awards and selected for Book of the Day by Indie Book Butler in November 2019. His novel, The Wretched, won SILVER in the AuthorsDB 2017 Cover Contest and his latest anthology of short-stories, poems and articles has made the semi-finals of the AuthorsDB 2019 Cover Contest.

His short story, My Mother & The Medium, won The News’ Ghost Story competition in December 2019.

His first horror novel, The Roots of Evil, was voted best to read on the Novel Festival site!

David’s poem, The Ode of Phineas Gage, was selected to be featured on http://www.poetrysoup.com.

The Magic of Mushrooms, made runner-up in the Grow Wild poetry competition. Other poems, such as Vape Away, Terminators and Outrunning The Rain, have been featured in The Poetry Festival.

He won the SILVER prize in the AuthorsDB 2016 Cover Contest for The Ghost of Clothes and won best HORROR Novel Logline for 2016 for The Roots of Evil.

He has previously won first prize (Gold) for The Roots of Evil and third prize (Bronze) for Access Denied in the 2015 AuthorsDB Cover Contest, and has made a film about the battlefield memorials in Ypres, Belgium called Ypres – The Battlefield Tours (available at www.shelleyshow.co.uk).

Sign up to the exclusive subscriber newsletter and, for just £10 per year, get unpublished short stories/poems, exclusive competitions and advance notification of upcoming publications.

To see the first newsletter, without subscription, click here.

Or enter a custom amount

Your support is very much appreciated. Thank you.

Your contribution is very much appreciated.

Your contribution is very much appreciated.

To celebrate the release of He Came Back, out on 21st May 2021, we’re giving away free copies.

For details of how to win, sign up to the newsletter at Horror Oasis – Your Destination for All Things Indie Horror

The giveaway will only be detailed in the latest newsletter. which you can subscribe to on the above link… so get your skates on and sign up!

My short story, The Need, has been shortlisted for the Fresher Writing Prize 2020 competition!

It’s as yet unpublished, but you can read some of my other short stories in my anthologies, First Words and Unzipped: The Mind of a Madman which are available at all good online bookstores, including Smashwords. And Amazon. 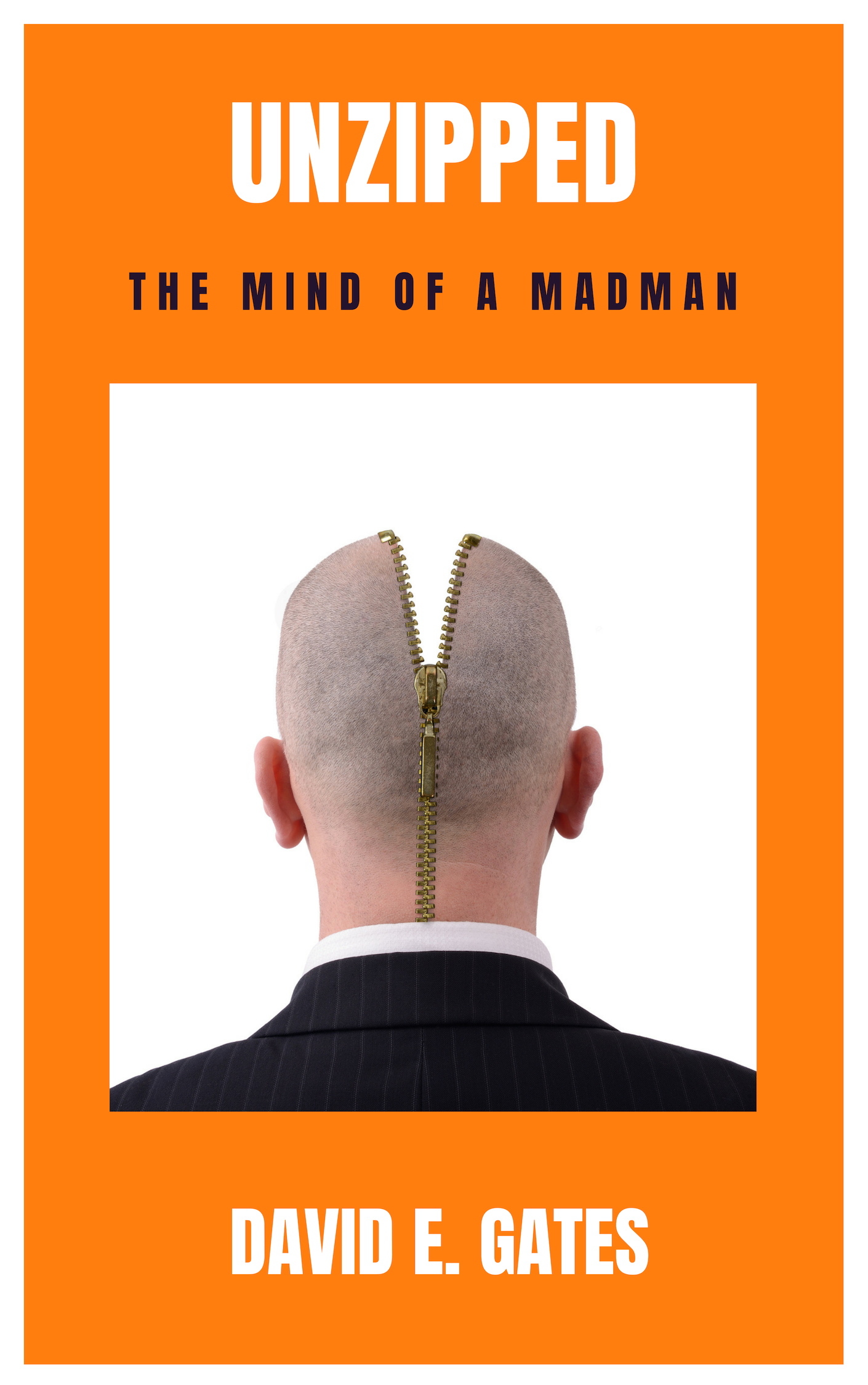 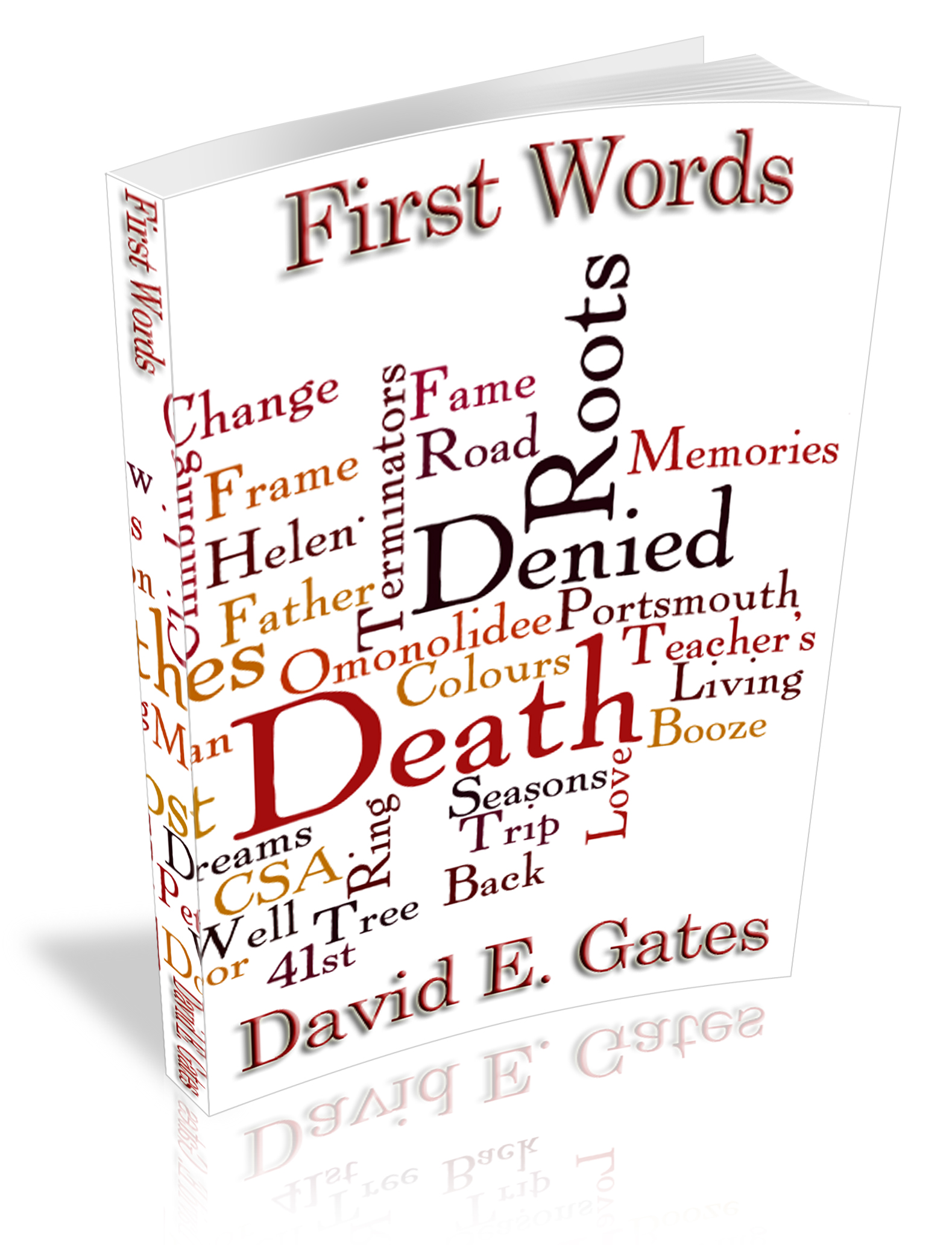 My short story, My Mother & The Medium, has won the Christmas ghost story competition in The News (local Portsmouth Newspaper).

“It was the story which stopped editor Mark Waldron in his tracks and sent a tingle down his spine..” they said.

The short story originally appeared as part of David E. Gates’ second anthology of short-stories, poetry and articles in Unzipped: The Mind of a Madman which is available from Smashwords and Amazon and all good online bookstores. 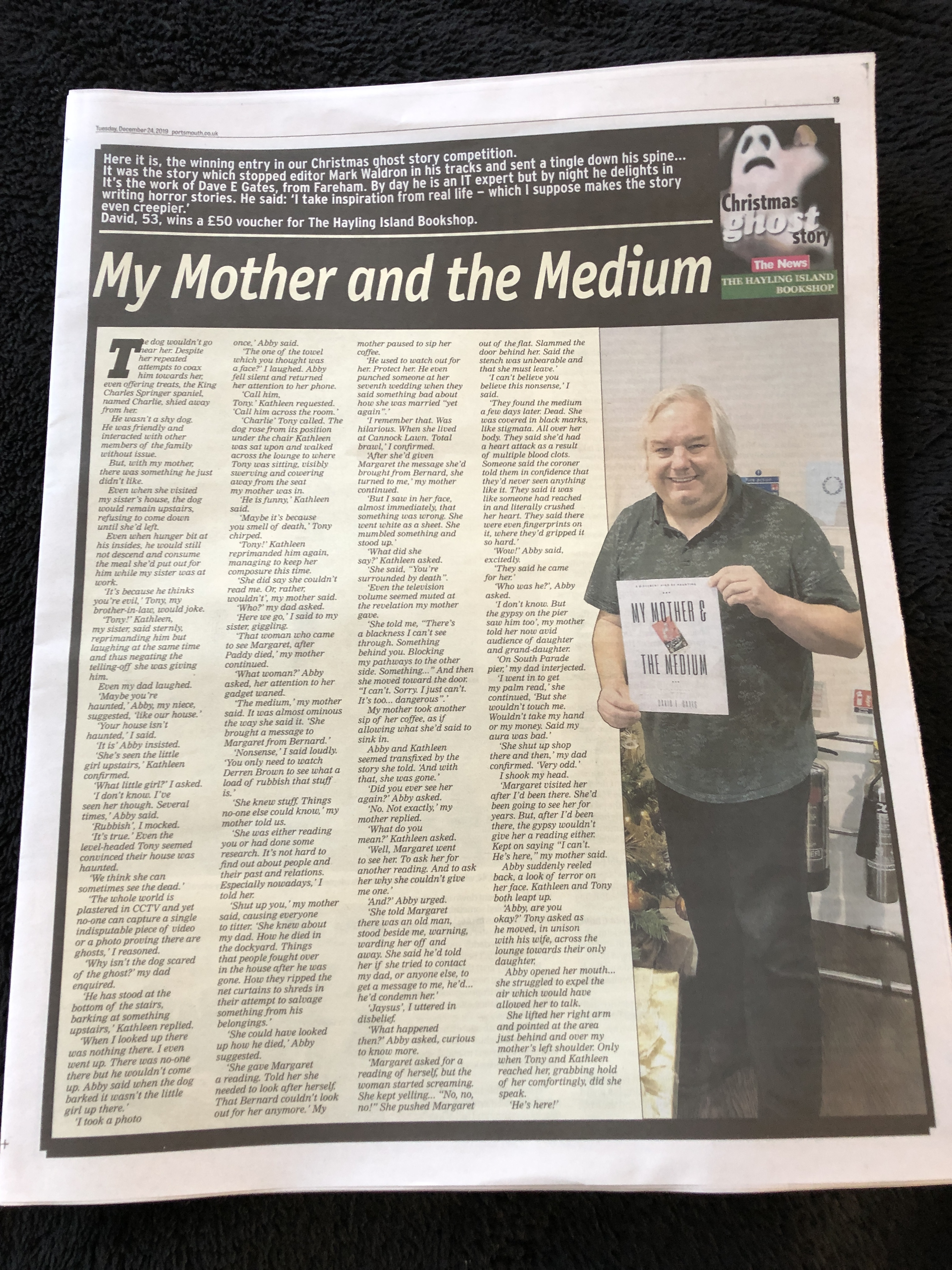 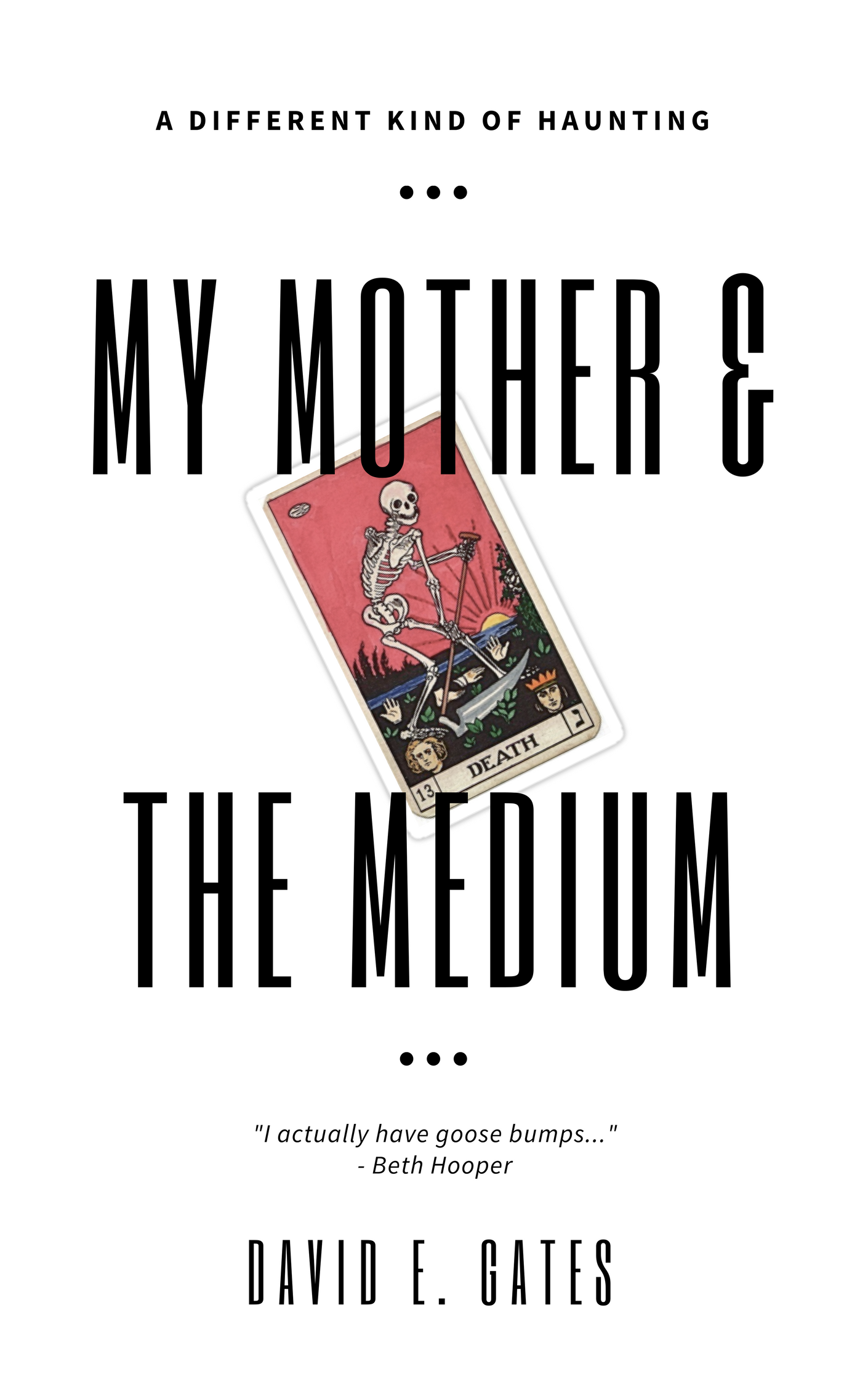 Go to Goodreads and enter the FREE Giveaway to win a copy of The Wretched!

A teenage boy explores the forbidden areas of his home town and gives life to a new evil that stalks him and his friends and family with vengeance in mind. Whilst grappling with the onset of puberty, he must battle the shape-changing menace which haunts his dreams and knows no bounds in its savagery whilst coming to terms with his own metamorphosis. A unique horror story, drawing inspiration from local folklore, set in and around Portsmouth.

Two copies of a Paperback to be given away – sign up to win! Also available to buy in eBook and Paperback formats from all good online bookstores.

“Fantastic read. Once I picked it up, could not put it down. Wanted to see what happened next. Expertly written. An excellent addition to the David Gates collection of recent stories. Totally recommend it.” – Amazon customer.

“Very enjoyable read for someone who lives in the area and can relate to the places we are taken to. The fact that this is half fiction (or is it?) makes it more of an interesting read.” – Heather Jennings.

“Started reading ‘The Wretched’ after lunch and haven’t been able to put it down! David has an uncanny knack of drawing you into his books with his wonderful characters and twisting tales and this one is no exception. I’m excited to see what is going to happen next...” – Karen Moore. 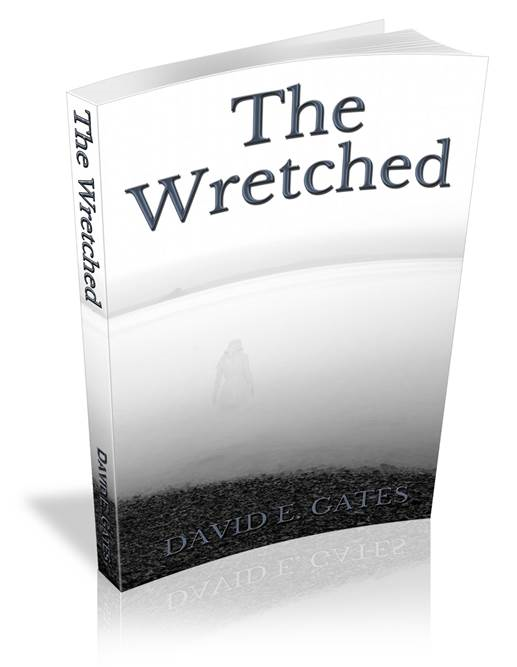 No cash alternative. One copy of paperback of The Wretched per winner. 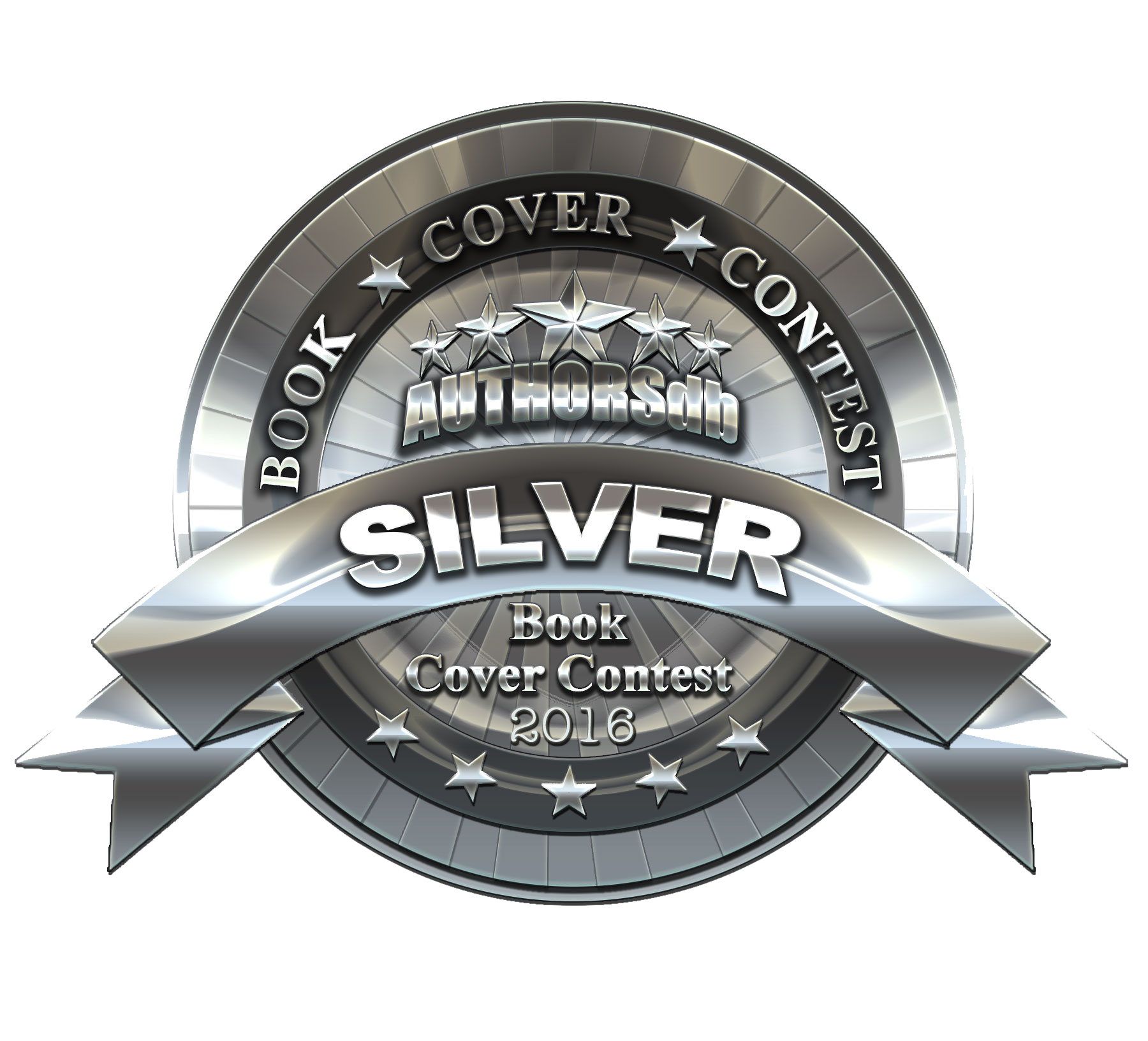 The Ghost of Clothes, has won the SILVER prize in the AuthorsDB 2016 Cover Contest!

You can read the story FREE from all good online bookstores or via my blog page here. 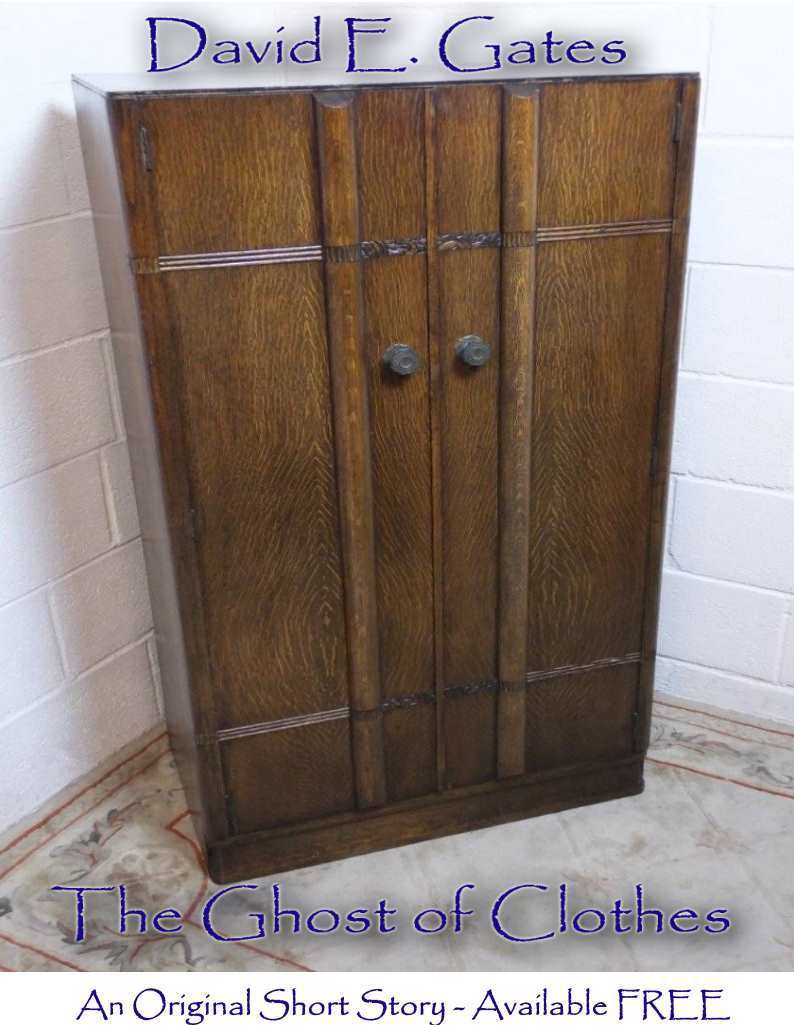 From Monday 25th July 2016, tune in to Express FM 93.7 / DAB / Online every weekday morning and listen to Darren Gamblen on the morning breakfast show from 06:00 to find out how you can win an Audiobook copy of Access Denied!

The incredible true story of David E. Gates becoming a father then, after seven years, finding out his daughter wasn’t his.

A quite extraordinary true story.

“I haven’t reacted to a book like this since reading To Kill A Mockingbird. Don’t hesitate with this one. Just get it!” – Simon Arnold. 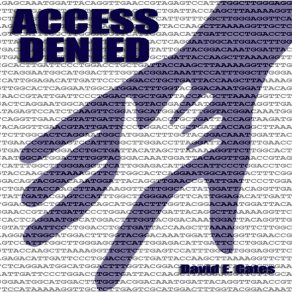